The NNL and small SMR’s

The National Nuclear Laboratory have produced another of their position papers, which addresses the topic of Small Modular Reactors. The report, like their previous one on Thorium, its bit low on detail (again it seems to be a case of them saying “trust us we wear white coats and tinker with nuke stuff, we went to Oxford/Cambridge, play croquet and smoke a pipe, we know what we’re talking about”), but it is interesting to see how their conclusions are not that far removed from my own conclusions regarding small reactors (see Part 10 here). 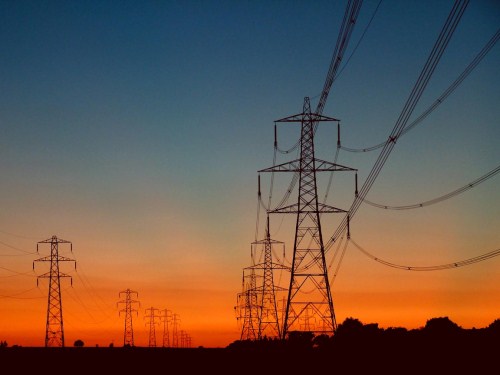 As I pointed out before, the major advantages of SMR’s (again we’re defining “small” on the basis that’s its significantly less that 1 GW+ “Mega” units currently favoured) are the “niche” roles they can fulfill. Smaller nations who would otherwise struggle to build a single “Mega” reactor can finance and commission a SMR type reactor reasonably quickly (the NNL report suggests 6 years for a larger plant and 3 years for an SMR). Such smaller plants can also be build in places unsuitable for a larger plant.

Some SMR designs can also perform certain specific again “niche” roles. The NNL specifically highlights the concept of using small Fast Neutron Reactors to dispose of nuclear waste, notably the proposed S-PRISM reactors BNFL wants to build at Sellafield. I would note my skepticism both of Fast Reactors (as I’ve discussed with reference to the S-PRISM before) as well as the notion that such disposal methods are economically viable (as I discuss in this comment string, numerous reports suggest that immobilization followed by deep geological storage is both cheaper and probably safer too).

But either way we re talking about a niche market, a handful of a reactors. One or two S-PRISM reactors could easily do the job (and I mean literally one or maybe two of them). The power output to the grid would be minimal and given the high costs of such reactors, its unlikely to be economically viable (any electricity generation is essentially a sort of “bonus” on top of what is essentially a non-proliferation exercise).

Indeed it is here that both I and the NNL seem to be in agreement, the purpose of these reactors is to reach the part other reactors can’t reach. Inevitably by sacrificing economies of scale these SMR’s will be more expensive to build (per GW) and operate (on a LCOE scale) compared to “Mega” LWR’s. Thus any nuclear cheerleaders arguing that such reactors will somehow magically bring down the costs of nuclear electricity are likely to be disappointed. This in particular applies to any new Generation IV designs, as they will inevitably prove to be harder and more expensive to build (at least in the short term) than LWR’s. Equally while we can build an individual SMR reactor more quickly than a much large plant (naturally!) the GW/year roll rate will be lower, not higher. While the NNL’s report is low on detail on these issues (again, they’re from Cambridge and they smoke pipes!), I do go into detail in these issues in my section on SMR’s (again see part 10). 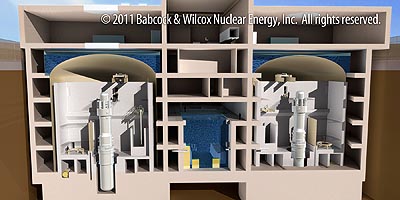 The cheerleaders of the LFTR ignored the NNL’s previous report on Thorium (see some of the sort of comments they typically make in this discussion string here), because they argued, it did not address the use of LFTR’s (actually a pro-nuclear colleague of mine pointed out it the NNL did discuss the benefits of a complete Thorium breeding cycle, but then pointed out it was a few decades away). I would note that the head of the NNL Paul Howarth does discuss LFTR’s here. Either way the NNL specifically mention LFTR’s in the SMR report. They don’t say a lot (pipes, Oxford, etc!) but then again I suppose there’s not a lot to say, as only a handful of research units are seriously working on the idea and most of the concepts they are considering are entirely theoretical.

I would note that the NNL report does also mention Weinberg and they point out his major objection with the “Mega” LWR was more the “Mega” part of the equation rather than the “LWR” part of the equation (or one assumes the “Uranium” part if you read what the NNL says about Thorium). While the NNL report does dance around the safety issue (as nuclear supporters often do), as I pointed out (both here on SMR’s and here with regard to LWR’s) and as Richard Black of the BBC addresses (again citing Weinberg) smaller reactors will generally produce safer and more versatile reactors. But there is a price premium to be paid for such reactors and ultimately the amount of any country’s electricity (or overall energy) than can be supplied by such reactors (once we factor in practical real world issues) is significantly smaller than with the “Mega” LWR paradigm. Its a simple choice between quality or quantity.

But certainly if there’s one point both I and the NNL are in agreement on, it is that SMR’s do not help solve the any of the key red line issues for nuclear power. Notably lowering the cost, increasing the build rate not to mention overcoming the practical limits to how much nuclear capacity any grid can support. Indeed, SMR’s will likely have the opposite effect (be more expensive and less GW/yr installed).

10 Responses to The NNL and small SMR’s