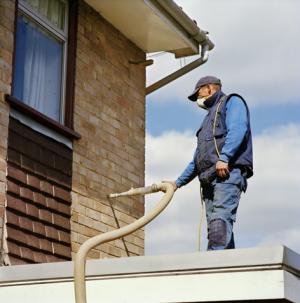 One story that caught my attention over the last few weeks was a warning by an academic from Loughborough university that the UK government’s Green Deal scheme, where older buildings and houses are given grants to install insulation, could lead to overheating in times of summer heat waves. Naturally, this was like fuel to the flames of the tabloids, who are always out looking for a good renewables bashing story. They promptly began warning that the Green Party wants to cook grannies to death.

Now while a tabloid overreaction to this sort of thing is to be expected (they did after all predict a couple of winters back that 60,000 people were going to be killed in the UK “by snow”). But is there any truth to this story? 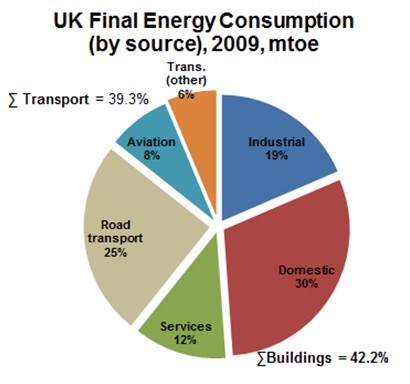 Almost every energy expert you talk to is assuming that the best way for the UK to cut its energy consumption is by reducing the winter heat load by insulating homes and building more “passivhaus” or “zero carbon” buildings. Indeed the government is committed towards a policy that all new homes and most new buildings will be “zero carbon” by 2016.

So its crucial to answer this question, is it right to insulate homes as much as possible in the UK?

Well first of all I’d note that the risk of heat waves within the UK is pretty rare. While we’re calling the high temperatures (30-34 °C) of the last few weeks a “heat wave” go tell that to people in the Mid western states of the US or Southern France and they’ll laugh at you. The tabloids will, as I’ve noted, make a mountain out of a mole hill. Thus one has to question if its really a good idea to design buildings for conditions that they will experience once in a blue moon, rather than the conditions they will experience every single winter for several months on the trot (and by the way, plenty of grannies freeze to death in the UK every winter in damp and poorly insulated homes). Obviously we need to look at cooling options for when it does get sunny and hot (more on that later), but clearly the priority should be on keeping warm in the winter. 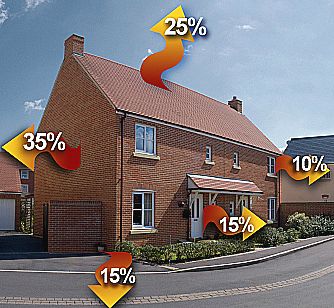 Firstly it’s worth noting how insulation keeps a building warm in winter. There are two main routes through which heat is lost. Firstly conduction. All materials conduct heat, some like metals have very high levels of conductivity (380 – 43 kW/mK). Insulating materials such as glasswool or sheep’s wool (0.04 W/mK) have very low levels of conductivity, even compared to brickwork or stone (1.15 – 1.5 W/mK). Hence even a thin layer of insulation can cut in half or more the rate of heat loss through a wall. As the units above indicate, the rate of heat loss is temperature dependant, i.e. the higher the difference in temperature inside and outside, the higher the rate of heat loss.

But what happens when it gets warm? Well in theory that insulation will equally make it harder for a house to warm up in the summer as it acts as a barrier to heat entering the house if the ambient temperature outside is higher than inside. So that can offer benefits in summer. However, that assumes we ignore solar gain (more on that later) and convection.

Convection and air permeability are the other major heat loss route for a building. It occurs either when a convection cell develops and heat is transferred via convection from one surface to another (air has the unusual property of a very poor conductivity but very high heat transfer convection, indeed most insulation products are just ways of holding still air molecules!). Or, more typically, when air from outside the building passes through it dissipating the heat as it goes. Many people often don’t realise just how high the rate of air infiltration into a house is. For a “typical” UK house you’d be looking at about 2-3 ACH (that is air changes per hour), up to 6 for a Victorian house (with Chimneys) and as high as 10-15 for rooms subject to mechanical ventilation (kitchens, bathrooms, etc.). A full range of figures can be found in the CIBSE guide, but a summary of them can be found here. 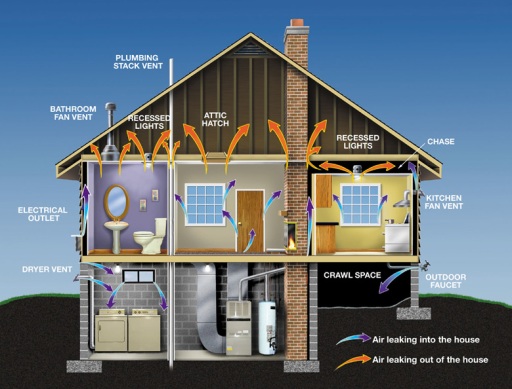 How does this happen? Well a building is far from hermetically sealed. There are cracks all around the walls (gaps in masonry, etc.), air can seep in around windows and doors and other openings and of course most houses have ventilation ducts to allow air movement. After all we do want some ventilation, else the air (containing the CO2 occupants breath out, bad odors, moisture and in some parts of the world radon gas) can’t be discharged and recharged. Of course if all the air is leaving your house twice every hour and its 0 °C outside and you’re trying to keep it 20 °C inside, that means you’ll need to heat the volume of air you’re house contains from 0 to 20 °C twice every hour. This is why you’re heating bill is so high every winter! 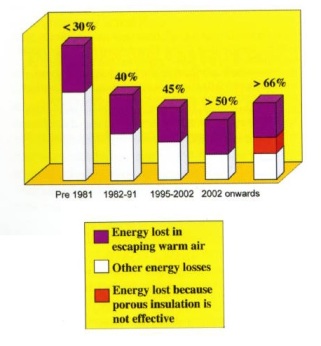 As much as 66% of some buildings heat losses can be as a result of convection losses. So if we restrict air movement, this will reduce heat losses. However, as I’ve noted we don’t want to completely stop air movement, otherwise you’ll get problems with smells that linger, damp on walls after a bath or cooking, etc. Most Passivhaus standard homes while they will have very high levels of air tightness (0.6 ACH or less is the official standard for Passivhaus, the UK’s CSH level 6 rating  (i.e. “zero carbon”) allows for a no more than 0.5 m³/hr/m²). But they use mechanical ventilation tied to a heat exchanger to get around the problem of avoiding heat losses via permeability. This allows them to maintain a pleasant indoor environment with good ventilation while not incurring excessive heat losses. 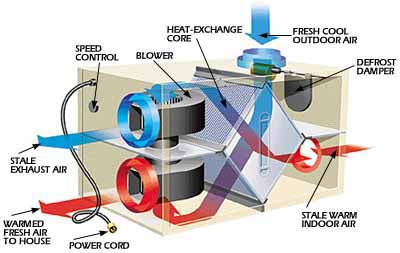 A building will also gain heat naturally via the sun (solar gain) and also via “casual” gains from heat generated by appliances (lights, back of a fridge, electrical appliances) and occupants (a human generates between 75-100 watts of heat, 250 watts if exercising) or pets (I came across this table in a building design manual once which listed the heat generation rates for different types of pets and animals, plus their “rectal core temperature”, won’t have wanted to be that researcher!). Indeed the concept behind a Passivhaus is that these gains (notably lots of large south facing windows) will cancel out the heat losses, eliminating the need for a central heating system in winter. 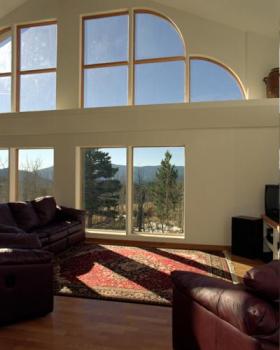 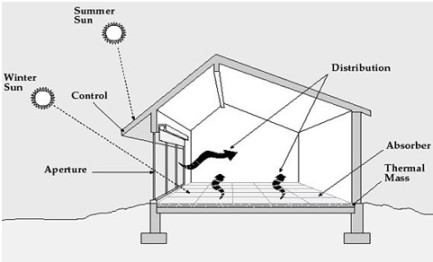 Figure 9: Accounting for the Sun’s position in the sky is vital to any passive solar heating strategy…. [Source: Dieret, 2003]

But of course, if the “gain” part of the equation gets too high in summer, then there is a risk of the house overheating. The solution is to essentially short circuit the Passivhaus measures. e.g. open up a few windows, taking that air infiltration rate up, prevents heat from building up. Also by limiting solar gain, by for example pulling down blinds or curtains will eliminate solar gain and prevent overheating. 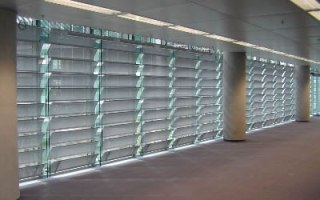 Figure 10: …or you’ll end up with all the blinds closed in summer! [Source: Levolux]

Of course the downside of this is you end up cutting off natural light, which can lead to more use of artificial lighting. Indeed if there’s one of my pet hates it has to be in a supposedly “zero carbon” building, in summer with all the blinds on the south facing façade shut and all the lights on! The solution is to consider sun shading as part of the design. The sun varies its position in the sky between winter and summer so either the eaves of houses, sun shades, computer controlled external or internal blinds or fixed “Brise Soleil” type shades (a particular favourite of La Corbusier), can allow solar gain in winter, but prevent it in summer, while at the same time allowing natural light to enter. 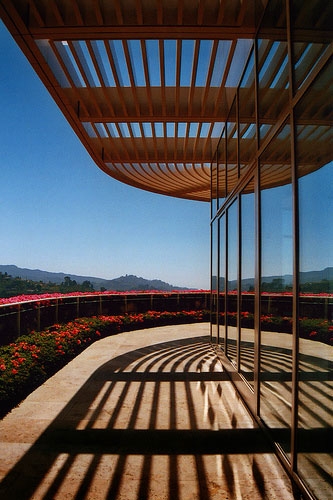 Another clever idea is to surround the building, where possible, with deciduous trees. These act as a sun shade in summer, but in winter they loose their leaves an allow light (and heat) to enter.

A more advanced idea is to take advantage of the sun by using so-called “double skinned” facades or solar chimney’s. These use the heat gain from the sun to pull air out of the building, increasing the ventilation rate (also creating an artificial draught and thus perceived cooling effect for occupants). A double skinned façade has the additional advantage of reducing heat losses in winter. While the technology is a new idea, the concept is fairly old, indeed in the Middle East “wind towers” and solar chimneys have been used for cooling for many centuries. 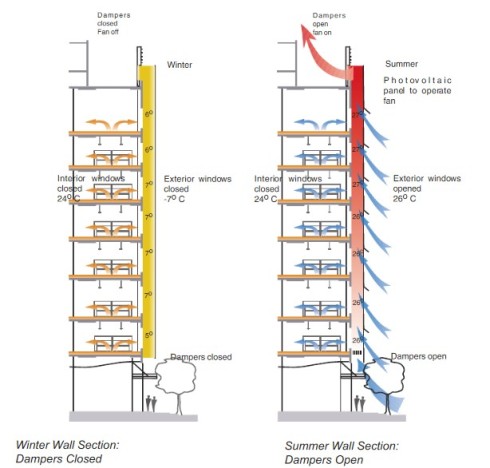 Indeed perhaps that is the message. We need to realise that newer is not necessarily better. People had to put up with hot summers and cold winters in the past, they managed to do that without having an excess of fossil fuel energy to call upon. While much of what I’ve said is perhaps only applicable to newly built structures some old fashioned sun shades or window shutters (like those they use in Southern France) can easily be installed on any newly retrofitted buildings (i.e. those green deal buildings at the centre of this discussion).

Similarly if you’re going to install double glazing or improve the air tightness of a house, it doesn’t involve a lot of forethought to consider how to cool the place in summer. I mean I’ve seen some double glazed installations on flats where all the windows face south, the occupants can’t open any of the windows fully and they often don’t come with curtains or blinds! Or you’ve got an older building, which they’ve made more air tight (by installing new double glazing and blocking up the chimney and air vents), and next thing you know you’ve got a damp problem. Pause for 5 seconds and think like engineers guys! 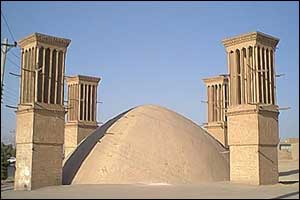 But ultimately, let’s consider the worse case scenario, would excessive overheating, assuming the various measures I’ve mentioned prove impractical or too costly (which I doubt!) and that heat waves (proper heat waves not what whinging pom’s call a heat wave) become more common. Would you still be better off insulation buildings to the maximum?
Well yes! The energy costs of cooling those buildings down by a maximum of 10 °C for a few weeks in summer (or in all likelihood a few weeks every other summer) must be balanced against the need to heat those same properties up by 10-20 °C for the best part of five months every winter (and of course some climate change predictions say British winters will actually get even colder). 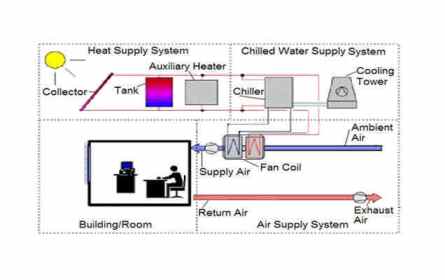 The only downside is that it could mean more UK homes getting fitted with air conditioning, which at present is practically unheard of in UK domestic houses. Although I would note that there’s no reason why solar energy can’t be used to drive the cooling of buildings. This can be achieved using either solar thermal heaters (used in winter to harvest hot water) coupled to absorption chillier for summer cooling. Or relying on the fact PV panels tend to perform best when it’s a heat wave (which makes them an ideal source of power to drive air conditioning systems). 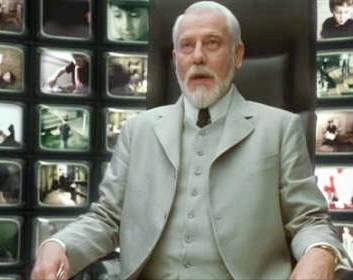 Figure 17: Sometimes the biggest problem can be an Architect with misplaced “green” visions

So all in all I would argue the government policy should remain the same, insulate buildings as much as possible, improved air tightness of old draughty houses and also look at installing more energy efficient heating systems (notably using more district heating and CHP). However, yes, there is a need for us to insure a bit of common sense and forethought is applied to such refurbishments.

17 Responses to Buildings and Heat