The dangers of mislabelling a product 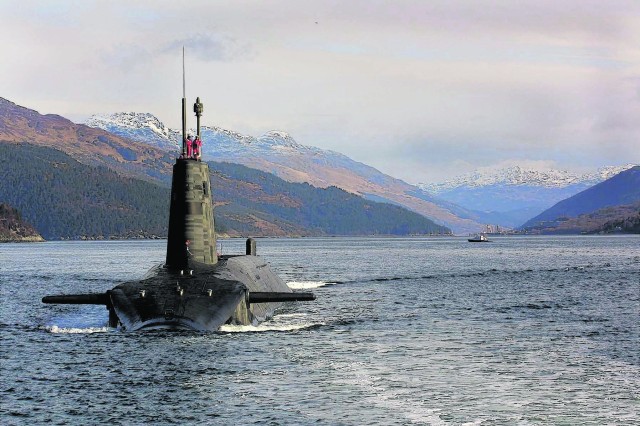 I came across an article the other week, from the BBC, which discusses the links between the UK’s civil and military nuclear energy programs. And hence why certain politicians, notably the Tories, have this perverse obsession with nuclear that seems to go against their entire political ideology. To the point where they are willing to throw piles of government money the way of the nuclear industry, push up electricity bills and punish renewables for its successes (so much so there’s now a serious risk of a total stop to UK renewables installations and the UK missing its climate change targets), all to clear a niche for their little darling. 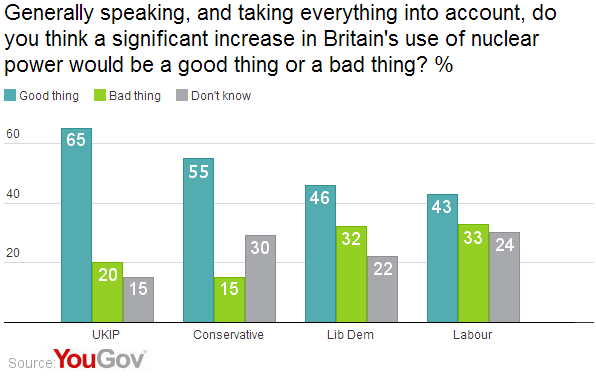 For example, their latest plan involves the UK taxpayer paying for any future nuclear plants upfront, including cost overruns, even thought the reactors will still be privately owned. The Tories (you know the ones who live in fear of Corbyn and his socialism) are literally proposing to socialise financial risks to the tune of tens of billions, while privatising profits. If you hear knocking noises, that’s Thatcher and Adam Smith rolling in their graves….and that’s before they hear about Boris “fuck business” becoming PM!

Now it has to be said that I’d disagree with the aforementioned article. The links between the military and civilian programmes are very limited. The large nuclear reactors planned in the UK use very different components to those used in submarines and are often contracted out to foreign companies (France’s Avera for example…so those privatised profits at taxpayers expense go to a French state owned company!). The UK also has a significant surplus of plutonium, so more of that is not needed.

There’s been an effort to promote small modular reactors, which would basically just be knock off versions of submarine reactors, but so far nobody’s biting, in part because the UK electricity companies know that SMR’s are just too darn expensive and uneconomic. And that’s the UK, there’s plenty of other countries around the world who have a large nuclear energy program and no nuclear weapons (or nuclear sub’s program), Sweden, Finland, Japan or Canada to name a few.

So when environmentalists make such links, they are being disingenuous. And more recently, promoters of nuclear energy have taken to creating a straw man that the only reason not to build reactors is down to bombs (this was basically the theme of Pandora’s promise) and thus, as there’s little actual link, there’s no good reason not to build them….well aside from the other ten or so reasons!

That said, welcome to the wonderful world of conservative logic, where facts become irrelevant and double speak is the norm. The point for conservatives is there’s an ideological link between nuclear power and nuclear weapons. They are in favour of one (nuclear weapons), so it stands to reason they must be in favour of the other. No, it doesn’t make much sense. Nuclear power requires things they hate, large government subsidy (paid for by taxes) and direct government oversight (which alternatives to nuclear don’t require), but yet they still want it. For much they same reason they are in pro-life and pro-death penalty. Or strong on crime, except for those committed with guns. 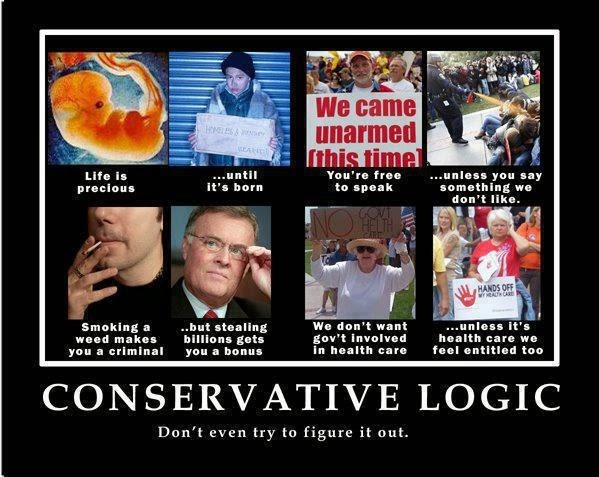 Of course this means that the aforementioned anti-nuclear types are just doing free advertising for the nuclear lobby when the go around making the link between bombs and powerplants. Conservatives hear that and say, good we’ll want more of that then.

But this also works in reverse, for example you’ve probably heard Bernie Sanders or Alexandria Ocasio-Cortez describe themselves as “socialists” who want to implement “Nordic style socialism” in America. Well there’s an interesting vblog post here which discusses the accuracy of this. 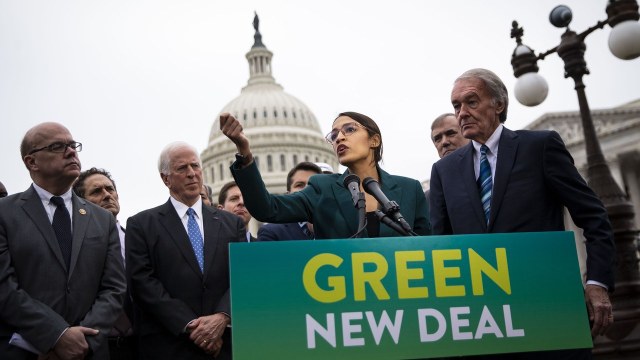 Firstly is Sweden, or any other Nordic country, socialist? No, not according to the textbook definition of socialism (the means of production are owned by the state and the abolition of all private property). That doesn’t apply in Scandinavia, by most measures they are as capitalist and free market orientated as the US. By some measures, even more so.

For example, Corporation tax in the US is higher than it is in any Scandinavian country (although there are deductions you don’t get in Nordic countries). Norway’s top rate of income tax is actually less than America’s. And while Denmark and Sweden’s top rates are higher, they aren’t anywhere near as high as AOC’s proposed 70% rate (although again deductions apply in the US but not these countries and there are many other taxes not charged in the US). 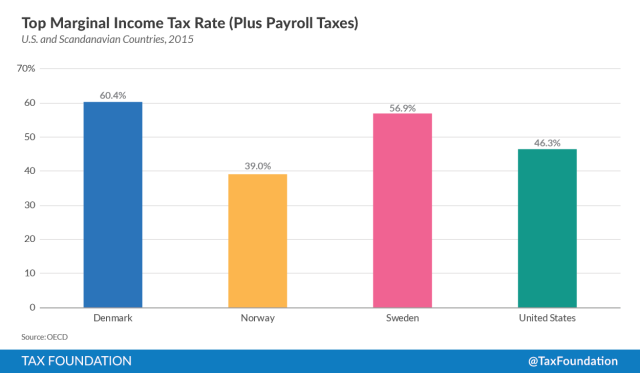 Finland meanwhile has some of the highest per-capita rates of gun ownership, Sweden’s healthcare system was part privatised sometime ago and Iceland and Denmark tend to be ranked above the US in terms of economic freedom. In terms of ease of doing business Denmark and Norway rank above the US (and in both cases Sweden’s not that far behind the US).

And equally it would be incorrect to label the policies proposed by AOC or Bernie as socialism. A more accurate explanation is that really the democrats are just returning to their more traditional centre left position. For years the conservative media have gone around labelling anyone to the left of John McCain as socialists, trying to smear them as allies of the Soviet union (even though now, ironically, it is they who are allies of the Russians!). Well now that label has stuck and become a badge of honour for many. And thus, you’ve now got lots of people going around saying, socialism yes please!

Which is kind of funny, but while AoC and Bernie clearly aren’t socialists, there are plenty of people in America who are socialists or communist (and thus don’t see what the problem is with the Venezuelan government). And this mislabelling by conservatives gives them cover to dress up as democrats, even thought they are well to the left of anyone in the democratic party (or any centre left party in Europe for that matter).

A good example of this, is the hysteria from the right over AOC’s Green new deal. Listen to Fox News, and the junior Congresswoman from NY wants to ban cars, flying and hamburgers. She doesn’t, there’s nothing in the proposed bill that suggests that (which actually pre-dates her election). Instead the bill proposes a transition to less carbon intensive alternatives (you know like renewable energy, electric cars, etc.). In fact some on the left have actually criticised it for being too pro-capitalist.

However as I’ve often pointed out, such free market friendly solutions to climate change will only work if there’s sufficient time for them to be implemented. The danger for republicans is that by talking down more common sense, business friendly solutions, they are implying that the only solution to climate change are the harsh authoritarian measures. Which raises the risk that this is what some on the left will be calling for in a few years time. In fact some already are.

And in another example, gun control. Listen to the NRA and they’ll tell you guns are illegal in Europe and if the slightest regulation of guns is passed in the US, its a slippery slope to the gov’mint taking away your guns. But as I’ve pointed out before, this simply isn’t true. Yes some EU countries (notably the UK and Ireland) do have very strict gun laws, but we’re the exception rather than the rule (which probably has something to do with the NI troubles!). In the rest of the EU, while guns are heavily regulated (by way of example, a discussion of German gun laws here), they are certainly not illegal. In fact (as noted earlier) some EU countries have higher rates of gun ownership than the US, yet no spree shootings on a daily basis.

But by mis-selling the idea that gun regulations don’t work, that simply enforces the view of liberals that the only solution is repealing the 2nd amendment and banning guns altogether (if the kiddies can’t play with their toys quietly, then we’ll have to take them away). And that’s exactly what might well happen (a few years from now Republicans may look to Europe with envious eyes with regard to its “relaxed” gun laws).

So all in all there are good reasons not to mislabel things. Don’t say that the only reason to build nuclear reactors is nuclear bombs. Lots of conservatives might believe that, but its simply not true. You are simply providing them with free advertising. Calling everyone who is merely a little bit to the left of you as socialists who hate America, well if you ain’t careful that’s who you might one day end up getting as a president. And woe to the GOP if such a president comes to power, given the many precedence’s Trump is setting.

1 Response to The dangers of mislabelling a product