I came across an interesting article today about the negotiations between EDF energy and the government as regards the proposed two new reactors at Hinckley Point. Predictably a major stumbling block is the defacto subsidy that EDF are demanding for the plant. 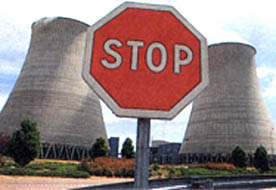 They are arguing that they need a guaranteed price of £100 per megawatt hour for 40 years. By contrast for about £65 per MWh (or $98 according to the EIA, see a range of figures here) you can get the same amount of low carbon energy from windfarms, and wind energy producers are often happy to accept a shorter subsidy period (10 to 15 years). Furthermore the NREL quote a figure of as little as $68 or £40 per MWh for onshore wind, with future drops in price predicted in the future. Even offshore wind will likely fall near too or within the above price window for nuclear by the time these plants start producing electricity. And of course the figures we are discussing just include the “front end” subsidy for nuclear. The UK government will still have to pick up the tab for decommissioning and final waste disposal, the costs of which are not small, as I’ve previously discussed here.

Naturally the concern here is that the government will be essentially signing away a very hefty subsidy cheque to a foreign company for a considerable period of time. The potential long term costs of such a subsidy of nuclear is considerable, enough to easily derail the chancellor’s long term spending plans. Of course I warned that the government’s CfD plan would result in just this scenario quite some time ago .

Of course for the French, this represents something of a risk in itself. The upper bound of costs for nuclear exceed the above £100/MWh figure by some margin. They are therefore gambling that they can keep the costs to within an envelope such that they can break even or make a profit.

This merely highlights what I’ve long argued on this blog, the economics behind nuclear power simply don’t add up. It represents expensive energy (as I discuss here) and no amount of wishful thinking on the part of its supporters will wish this fact away. Indeed, this figure of £100/MWh (or about $145/MWh) is at least double the level that nuclear energy supporters have long quoted (and not far off the NEF (2003) predictions), suggesting they may have been less than forward about nuclear energy’s true costs. But ultimately, if the Tory’s want to take Britain down the nuclear route then they…or more to the point us the electricity users, are going to have to pay for it. There ain’t no such thing as a free lunch!

Before anyone starts mumbling about oh, you can’t rely on wind why what happens when the wind stops blowing…. You might have a point (even then the “back up” costs of wind are often exaggerated) if we were discussing the use of these reactors for load following electricity, but all the indicators are they will be used for baseload (i.e. we’re discussing the overnight baseload costs of wind v’s the same for nuclear). Traditionally nuclear power plants have only been used for baseload electricity. This is for a variety of technical and economic reasons, as I discuss here. While modern reactors aren’t as constrained as reactors in the past, it is still not technically possible to use nuclear for the full range of most countries power load.

Furthermore by doing so, you essentially reduce the capacity factor. As a load following power plant needs to hold back a significant quantity of its power output in reserve (to match rising grid demand) the result is that a plant does not operate at its full capacity for most of its life. This is why Fossil fuel plants that provide load following or peaking power electricity have capacity factors in the order of 60 – 45% (typically, see DUKE report 2012, Chapter 5) although potentially lower than 15% in some cases. Obviously we the energy consumers will only pay for the power we use, not the power that theoretically available.

In other words, you’ve just greatly increased the cost of every kWh out of that nuclear plant, making the gap between nuclear and renewables even greater. So great that the cost of wind power tied into to some form of energy storage option (pumped hydro or that LAES technology I mentioned a while back) begins to look an attractive alternative. As does other forms of renewables which aren’t as unpredictable as wind power (tidal, CSP, geothermal, hydroelectric, etc.).

Of course there are some who will argue in favour of nuclear despite its dire economic outlook on the basis of hedging our energy bets. They see nuclear as a sort of national energy insurance policy. Now while I don’t quite buy into this line of reasoning, I would point out that if you agree with that idea, why pay a private company to build the plant?

Would it not be far more sensible to simply cut out the middleman. The government either directly or via a state owned company builds nuclear power plants, which it (and thus we the taxpayer) then own. It is then at the discretion of future governments to decide how it’s going to subsidize the electricity from these plants. It could opt for the French approach where the government subsidizes the power (providing the country with cheap nationally subsidized electricity) or it could pass such costs onto electricity consumers, or a combination of both. The point is, there’s no need to sign up for a 40 year commitment, future governments can change this policy as needed.

Of course to the Tories what I’ve said is out of the question, as after all it involves use of the dreaded “N” word….nationalisation! (how dare I mention that word in the week of Maggie’s funeral!…oddly enough my spell checker wants me replace this word with “renationalisation” which is of course be technically what we’re discussing). As I’ve previously reported, the chances of the Tory’s nationalising anything, even when it makes perfect economic sense to do so is out of the question.

Of course the bitter irony here is that EDF energy are themselves a nationalised industry owned by the French government, as are Avera, the likely providers of the reactors. So in essence this whole row boils down to is the simple question as to how much the Tory’s are willing to pay the French government to be good little socialists and centrally plan the UK’s nuclear future for them, as it’s essentially against the Tory’s religion to do it themselves! 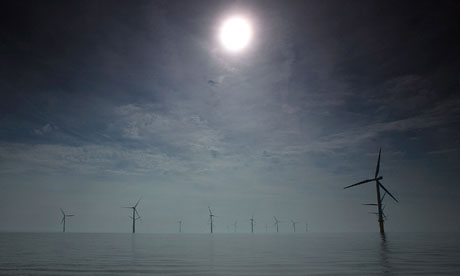 I would however caution those in the anti-nuclear camp that despite all the rhetoric from both sides, I suspect a deal of some kind will still go ahead (whether the reactors will ultimately get built mind you, is an entirely different question). It’s simply a case of who blinks first. The French, with the white elephant that is Olkilouto (now seven years late and massively over budget), face an ever diminishing number of potential suckers….sorry! customers, to sell reactors too. They can’t afford to burn the British.

Equally, the Tory’s have gone to too much trouble clearing the way for their “precious” to leave their nuclear sweetheart at the altar. Also a collapse of this deal, like the collapse of the Horizon deal I discussed awhile ago, would not be a cost free decision. In preparation for this deal in Hinckley many millions of man hour’s worth of work will have already been expended preparing the ground for this deal. Much of that legwork done by British or transnational engineering firms, the sort who will be none too pleased with Cameron if it all comes to nothing.

However, the positive for supporters of renewables will be that the UK government will have set a trap for themselves. Obviously the tory’s plans to kick the ladder out  from under solar and wind power by cut the subsidies to these industries will be out of the question.

There are numerous British, EU and WTO (world trade organisation) competition rules which will now come into play that basically state that if the government offers the above generous subsidy to nuclear, it has to offer the same to other equivalent low carbon energy sources.

And its worth remembering at this point that renewables is no longer the domain of hippies. Its now big business (just read the latest REN 21 report) and those companies have a large workforce to pay, shareholders to look out for and deep pockets, plus allies in many parliaments worldwide (notably in China, Germany, Denmark, etc.) with which to put up a legal fight and force the UK government into a compromise. Indeed I suspect part of why the Tories are reluctant to accede to EDF energy is that they are all too aware of these facts.

Such a generous subsidy package would make a whole host of existing renewable and energy storage options very economically attractive. That 40 year subsidy period could even attract investment into renewable sources that are not yet commercially mature (such as wave and tidal) as it would create a very strong financial incentive for firms to develop these technologies to an appropriate level such that they could cash in on it.

So it’s entirely possible that the Tories (despite their pathological hatred of all things renewable), in their haste to subsidise nuclear, could unlock the sort of funding needed to get the mass roll out of renewables in the UK off the ground. Every cloud has its silver lining!